In March 2009, Together with Southwest Florida Interfaith Action, the National Farmworker Ministry of Florida and the PC(USA) Campaign for Fair Food, the Florida Council of Churches successfully called on Gov. Crist to meet with the CIW to discuss ways to end slavery in Florida’s fields and urge the Florida Tomato Growers Exchange to stop blocking improvements for farmworkers.

Governor Crist’s support for the CIW’s Campaign for Fair Food and admonishment of the Florida Tomato Growers Exchange (FTGE) for its opposition to the Campaign received positive reviews across the board. Below is a letter to the editor in today’s Naples Daily News by the Rev. Russell L. Meyer, Tampa, Executive director, Florida Council of Churches, that is typical of the support for the Governor Crist’s groundbreaking stance: 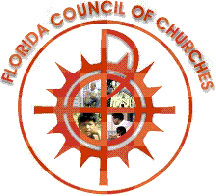 Letter: Crist does the right thing

Gov. Charlie Crist is to be commended for meeting last Wednesday with representatives of the Coalition of Immokalee Workers, hearing their stories and responding with appropriate compassion.

According to the Daily News, Crist said, “I’m not a man driven by anger, much, but two things will: injustice and arrogance. I detect from the briefings I’ve had and the meeting I just had that there may be a bit of both at work here and that concerns me greatly. We want to be a continuing partner to try to help with their plight.”

Farmworkers are often the forgotten laborers in Florida’s economy; yet we all depend on them greatly for our daily food. There have been far too many reports of farmworker abuse and modern slavery, on top of the hard-edge labor/management issues that have prevented them from receiving the additional wage support that large tomato users, such as McDonald’s, Yum! Brands, Burger King and Whole Foods, are now paying into escrow accounts.

Sure and swift prosecution of those who enslave and brutalize farmworkers must be an unquestionable habit for our justice system. Crist can make certain that happens.

To prevent laborers from receiving the earnings that the food industry wishes to reward them is a form of economic abuse. Crist would do right to use the leverage of his office to see that the escrow funds are distributed to their intended recipients.

The degraded labor conditions that give rise to slavery must be addressed so that never again are farmworkers enslaved in our state’s fields. Crist can marshal state resources to ensure fair labor conditions in Florida fields.

Farmworkers and their supporters thank Gov. Crist for hearing their plight, and we look forward to his partnership in seeing that right is done by them.

We write you today as people of faith who are deeply concerned with the modern-day slavery rings and
grinding poverty faced by Florida’s farmworkers.

On Friday, December 19th, farm labor supervisors were sentenced in federal court for enslaving tomato
pickers, including beating, chaining, and locking them inside a truck at night. Unfortunately, this case is
not the only one; since 1997, the U.S. Department of Justice has successfully prosecuted seven cases of
slavery involving well over 1,000 farmworkers in Florida. Additional cases are currently under
investigation. Furthermore, those farmworkers who are not enslaved toil long days with frequent abuse
and sub-poverty wages; tomato pickers have not received a real wage increase in three decades.

Fortunately, there is hope for eliminating slavery and ensuring a future of dignity in the fields. Yum!
Brands, McDonald’s, Burger King, Subway and Whole Foods Market have all reached precedent-setting
agreements with the Coalition of Immokalee Workers (CIW) to improve tomato pickers’ wages and
enforce codes of conduct for fair conditions in the fields, including zero tolerance for modern-day
slavery. Yet, while the marketplace has recognized basic standards of fairness, the Florida Tomato
Growers Exchange has blocked the implementation of these agreements.

Our religious traditions share a commitment to the dignity and freedom of every human person, and we
believe you do as well. The Ten Commandments teach us that faithfulness to God involves fairness to
all peoples in our society, and that we are to be as concerned for the wellbeing of our neighbors as we
are for our own selves and property. The continued existence of slavery in our day attacks the very soul
of our society, calling every one of us to awareness and action.

Therefore, we are asking you to take a leadership role in ensuring that Florida’s farmworkers can live
and work freely and with dignity. We urge you to meet with the Coalition of Immokalee Workers to
discuss ways to eradicate slavery and abuses from Florida’s fields. We call upon you to urge the Florida
tomato industry to participate in the CIW’s agreements with fast food and supermarket companies. We
believe all of us working together can ensure zero tolerance for slavery and establish fair wages and
working conditions for tomato pickers.

FAQ for the Open Letter

Has Gov. Crist been contacted before?

The CIW requested a meeting with Gov. Crist in September 2007 through his scheduler but were rebuffed.  So a delegation of workers from Immokalee traveled 8 hours to Tallahassee to request a meeting in person.  Though the governor was in his office, he refused to meet with the CIW delegation and an aide was sent to the receptionist’s area to tell the workers that if they wanted to meet with the governor, they should request a meeting…through his scheduler.  The CIW left a copy of “Nobodies: Modern American Slave Labor and the Dark Side of the Global Economy,” by John Bowe.  This new book about modern-day slavery highlights the investigation and prosecution of a particularly violent slavery operation in Lake Placid, Florida.  The aide received the book and CIW again expressed their interest in working together to eradicate slavery in Florida and their hope that, after learning more, Gov. Crist might become more interested.  Unfortunately, there has been no response from Gov. Crist.

In December 2008, just prior to the sentencing of the seventh modern-day slavery case in Florida agriculture, a Ft. Myers News-Press reporter contacted Gov. Crist for comments and was referred to a spokesperson for the Dept. of Agriculture who stated “Of course, I say any instance is too many, and any legitimate grower certainly does not engage in that activity (slavery) but you’re talking about maybe a case a year.” Following this, many human rights and religious organizations contacted Gov. Crist to ask him to clarify that “a case a year” of slavery—adding up to well over 1,000 workers freed since 1997– is of concern to Florida’s government.  Gov. Crist has made no public response to date.

What do the CIW’s agreements with large tomato purchasers entail?

1. Pay at least a penny more per pound of tomatoes they purchase to directly improve farmworkers’ wages, resulting in a 70% wage increase.

2. Implement an enforceable, human rights based code of conduct to improve conditions in the fields, including zero tolerance for slavery.

3. Guarantee a voice for farmworkers in monitoring and verifying improvements and work together toward an industry-wide third-party monitoring system.

The CIW and the Alliance for Fair Food have also called upon other large tomato purchasers in the supermarket and food service industries to do the same.

How do these agreements address modern-day slavery in the fields?

Modern-day slavery doesn’t occur in a vacuum; it flourishes in degraded work environments with poverty wages and few rights.  The high-volume, low-cost purchasing practices of corporate buyers drive growers to hold down costs wherever they can which has resulted in stagnant, poverty wages for 30 years and, in the worst instances, modern-day slavery.  Oxfam America wrote in a 2003 study, Like Machines in the Fields, “Squeezed by the buyers of their produce, growers pass on the costs and risks imposed on them to those on the lowest rung of the supply chain: the farmworkers they employ” (page 36).

The agreements between the CIW and food corporations insist that the corporations use their power to enforce a zero-tolerance policy for slavery in their supply chains as well as address the poverty and abuses that allow slavery to flourish by enforcing the code of conduct for fair conditions and the penny per pound wage increase.  In this way the agreements address particular instances of slavery as well as re-direct the market forces toward the elimination of slavery.

Have the agreements been implemented?

Beginning in 2005, farmworkers harvesting for Taco Bell began receiving a check from Yum! Brands for the additional penny-per-pound of tomatoes harvested.  For two seasons, workers received two checks at pay time, one from their employer and a second from Taco Bell for the penny per pound increase.  The other Yum! companies (Pizza Hut, KFC, Long John Silvers, and A&W Restaurants), were due to initiate the penny-per-pound payment to farmworkers in the fall of 2007 as a result of a voluntary agreement by Yum Brands. The McDonald’s penny per pound payments were also due to begin with the fall 2007 picking season.  Progress toward address abuses through the code of conduct was also made . For instance, when a tomato picker was beaten at a company that supplied to Yum Brands, the supplier corrected this violation by removing the supervisor who had beaten the farmworker. However, the Florida Tomato Growers Exchange stepped in to halt the penny-per-pound increase from going to the farmworkers.

What is the Florida Tomato Growers Exchange (FTGE)?

The Florida Tomato Growers Exchange is an agricultural cooperative of Florida tomato growers. It was first established in 1989 and gave member growers the ability to discuss pricing together and establish “floor” pricing and “trigger” pricing.  The FTGE also provides public relations and marketing services on behalf of the tomato growers of Florida.

The business practices of the Florida tomato growers are regulated by two key pieces of legislation:  the Capper-Volstead Act of 1922 and the Agriculture Marketing Agreement Act of 1934. The Capper-Volstead Act allowed agricultural producers to form voluntary cooperative associations for production, handling and marketing of their crops.  In this way these cooperatives were exempted from antitrust laws. The Florida Tomato Committee (FTC) is a Federal Marketing Order granted the authority to self-govern and impose certain quality specifications on its growers and handlers.  This authority does not extend to the power to lobby or gain influence with politicians. To do this other organizations were also created, including the Florida Tomato Exchange, Florida Tomato Growers Exchange and Florida Farmers Inc. Together, these organizations regulate tomato production standards in the state for all growers, as well as manage the public relations and political interests for Florida tomato growers, including frequent lobbying. The FTC and the FTGE share the same business address, but are distinct legal entities.

What has the FTGE done?

In November 2007, the Miami Herald revealed that the FTGE had imposed a $100,000 fine with every payroll, upon any of its members who participated in the Yum or McDonald’s agreements.  Consequently, the penny-per-pound payments to workers have been suspended and the money paid by Yum, McDonald’s, Burger King, Whole Foods Market, and Subway is currently being held in a trust fund until the growers are able to pass it on to the farmworkers again.  Since the CIW’s agreement with Burger King in May 2008, Industry sources say that the fine has been replaced by a prohibitive surcharge to be paid to the FTGE for any member-growers s who would sell tomatoes under the agreements.